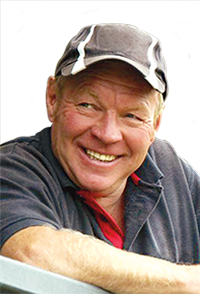 From rugby camps in Italy to our program in Phuket we’ve identified young players of potentially outstanding calibre, and provided opportunities for their development.

Ed Slater was playing colts rugby in Sydney. At 17 he was raw but with some ability. Mike recounts: "I took note of his attitude at training, his physical development and his improvements in technique and skill application. On a visit to the UK I had no concerns when I recommended him to Leicester Tigers."

In February 2014, Ed was promoted to the full England squad and on the June tour to NZ, Ed was made Captain for the game against the Crusaders. Congratulations, Ed.

Talented Ed Slater, now playing for the Leicester Tigers and England
following an introduction from Mike Penistone Ricardo, a successful rugby camp graduate from Italy, was subsequently
recommended and accepted into the elite Tigers academy.<>

ACF is a fantastic NGO bringing hope and a future to underprivileged kids in Phuket, Thailand. In a rugby program with ACF, we undertake rugby camps with local players - as keen as you'll find - to learn and play rugby.

In April 2013 we brought 2 really promising players to Sydney to meet and play with other rugby players at a rugby camp at St Pius X College Chatswood. They were an inspiration to all who met them, and now have the opportunity to take their rugby to a new level.

Find out how to become a part of this inspiring and rewarding work.

Ability is what you're capable of doing. Motivation determines what you do. Attitude determines how well you do it.

Register in our
Coaches Club

If you’re a Rugby Coach looking to be hooked up with a team, register in our Coaches Club.  Find out more...

For in-depth high-performance techniques, skills and practices, go no further than
our regular Session Practice from the
BDRW Coaching Manual and Mike's Elite Sessions articles in International Rugby Coaching magazine.

View from the Sideline

Check out Mike's blog of rugby news and views, his exploits, opinions and advice.
Post your questions or comments,
and he'll tackle them online.